Sarasota Bay in the form we recognize today was formed approximately 5,000 years ago. Local sea level has ranged from as much as 330 feet below to as much as 100 feet above present levels. As recently as 17,000 years ago, the shoreline of the Gulf of Mexico was about 60 miles to the west.

Sarasota Bay served as a key waterway for the Tocobago, Timucuan and Calusa Tribes during the 1500s. These tribes thrived on the bounty of Sarasota Bay and nearby estuaries. The large shell mounds, or middens, they created are still visible throughout the area.

People from Cuba established fish camps, or rancheros, on the shores of Sarasota Bay from the late 1700s to the mid 1800s. Their trade was mainly in mullet and mullet roe, although they also salted drum fish, turtles, and trout to ship south. Seminole Indians also used the region during this time for hunting, fishing and farming. 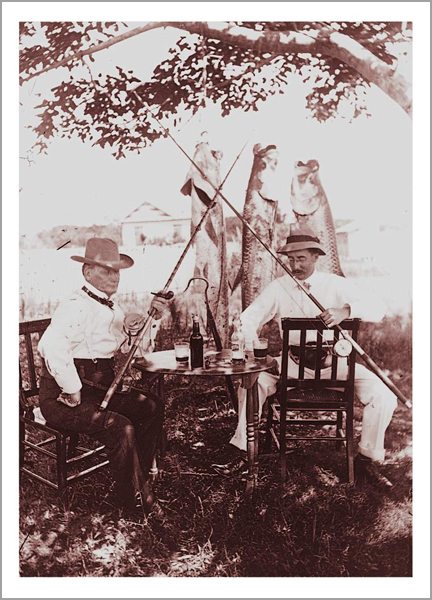 "Sea fish are in such innumerable quantity's as exceed even imagination." - Bernard Romans, early European explorer of Southwest Florida estuaries

Large-scale drainage projects eventually drained thousands of acres of freshwater marsh in the Sarasota Bay watershed. These marshes extended east of the coastal ridge to Myakka and from Tampa Bay to Charlotte Harbor. The marshes were drained initially to create agricultural opportunities and later provided residential and commercial landscapes.

Beginning in the late 1800s, the Intercoastal Waterway was dredged to provide a deep, protected channel running the length of the Bay and beyond. Dredge-spoil islands were created throughout the Bay during construction, covering seagrass beds and changing water circulation patterns. The natural shore was gradually replaced by seawalls to retain dredge-and-fill materials for housing sites. As development expanded, natural land cover was replaced by nonporous parking lots, roads and rooftops.

The slow trickle of settlers became a stream, and then a flood after World War II. Coastal development intensified from the late 1950’s to 1970, as hundreds of acres of Bay bottom were dredged to produce waterfront lots. Canals were dredged and the spoil was used to create subdivisions. Drained saltwater marshes were converted to residential neighborhoods.

Bird Key, located between the City of Sarasota and St. Armands Key, was once the location of one of the largest seagrass beds in Sarasota Bay. The Bird Key development was bulkheaded with seawalls. Dredges filled the area behind the seawall with material from the Bay bottom, and the resulting expanded island was divided into single-family home sites. 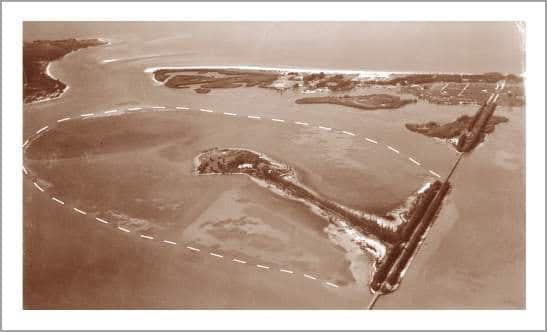 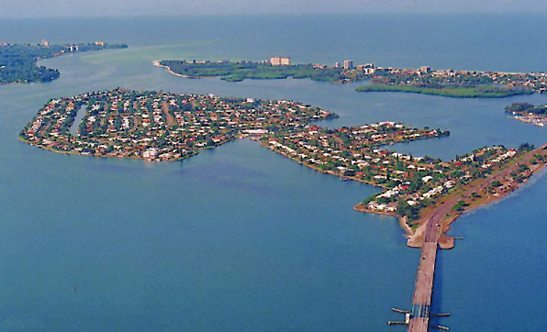 Sarasota Bay is a very different place today from what long-term residents remember. Miles of natural shoreline habitats have been replaced by seawalls, and once-abundant mangrove wetlands have been filled and depleted. Intense residential and commercial development throughout the Bay area has resulted in a heavier amount of stormwater runoff and wastewater pollution.

A Chronicle of Florida's Gulf Coast

Read more about the history, coastal heritage, habitats, and evolution of the Sarasota-Manatee area from the time of the earliest people to the present day. Includes places to see and things to do.